Ryan Gosling struggled to contain his laughter as it came to light that La La Land had mistakenly been given the best picture award at the Oscars instead of Moonlight.

The actor was on stage with his co-stars and the filmmakers as they accepted the top gong of the evening, before it became apparent the wrong movie had been read out by its presenters Warren Beatty and Faye Dunaway.

Watch the moment that Warren Beatty messes up! 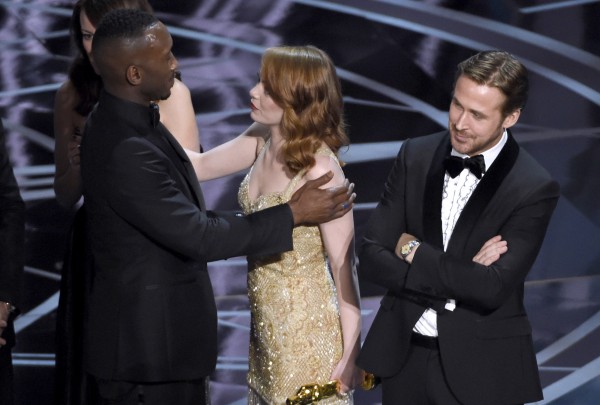 In the midst of the confusion, Ryan held his hand up to his face in an attempt to hide his amused giggle.

“This is no joke. I’m afraid they read the wrong thing. This is not a joke, Moonlight, you won best picture.” 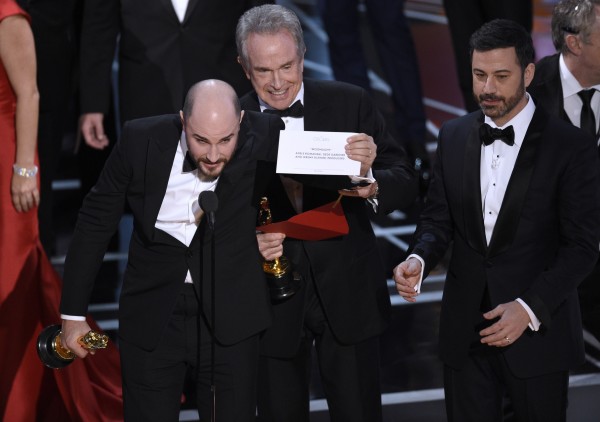 Ryan, 36, appeared to be in good spirits despite the mishap and having earlier missed out on the leading actor prize to Manchester By The Sea’s Casey Affleck.

La La Land won a total of six Oscars, including leading actress for Emma Stone and original song for City Of Stars.

The film’s director Damien Chazelle became the youngest person to ever win the best director award.