Shameik Moore said it was like looking “into the mirror” when he spotted the first black Spider-Man on television.

The US actor, 23, voices Miles Morales in forthcoming animated film Spider-Man: Into The Spider-Verse.

Miles, a character created in 2011, is an Afro-Latino teenager who takes over as Spider-Man following the death of Peter Parker.

The film has been a critical hit, earning a Golden Globe nomination for best animated feature film and being described by one reviewer as “the best Spider-Man ever”. 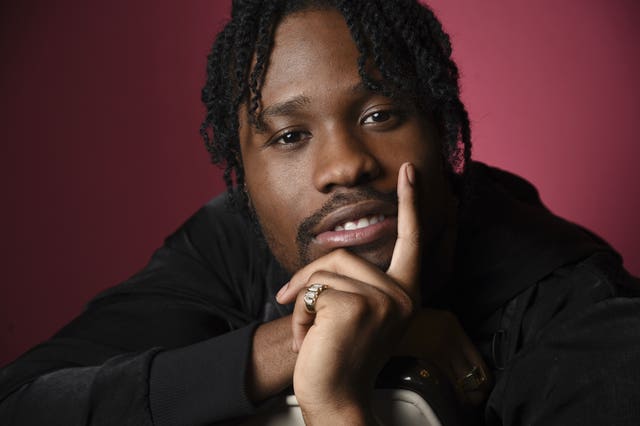 Moore, born and raised in the US city of Atlanta, said he first learned about Miles after seeing him in a cartoon and was struck by the similarity between himself and the character on the screen.

He said: “I saw the character on TV and I looked into the mirror and I felt like someone had taken a photo of me and animated my face. He looked just like me and I was felt like that was me.

At the time, Moore was starring in the film Dope and wrote in his journal “I am Miles Morales”.

Into The Spider-Verse producers Phil Lord and Christopher Miller travelled to the Sundance Film Festival to watch Dope and later decided Moore was the man to play Miles. 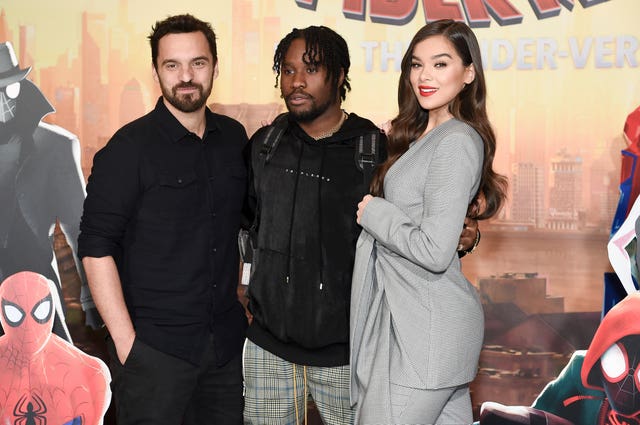 Jake Johnson, Shameik Moore and Hailee Steinfeld star alongside each other in Spider-Man: Into The Spider-Verse (Richard Shotwell/Invision/AP)

Moore said: “I feel honoured. Like I said earlier, the version of Miles I felt like I was looking at myself. I can imagine there’s a 14-year-old kid in Brooklyn with curly hair that’s half-black and half-Puerto Rican that will look at this and think ‘Wait a second, that’s me’.”

Johnson, also known for starring in 21 Jump Street and Jurassic World, plays a middle-aged and out-of-shape Peter and said the latest Spider-Man movie is based around the message that “anyone can wear the mask”.

The 40-year-old said: “The core of this thing, everyone has the power to change the world and make it a better place, and you ought to do it.

“It’s always very important for people to try to do right, just like it was 100 years ago and 200 years ago. And I think young people are doing it and as a guy who isn’t a young person anymore I want to follow those millennials out there.”

Spider-Man: Into The Spider-Verse is released in cinemas on Wednesday December 12.