Oscar nominee Melissa McCarthy has said she has had to resist being boxed into one genre.

The Bridesmaids actress, who has also starred in hit comedies such as The Heat, Spy and The Boss, said she does not see the difference when she reads that kind of material and scripts for dramas.

She told the Press Association: “I think people love to categorise and say ‘you did this, you did that’, for me there is absolutely no difference in how I read a script, why I read it, what I feel about it.

“I just look to the story and I look to the character and what kind of tone the movie takes on is really secondary. 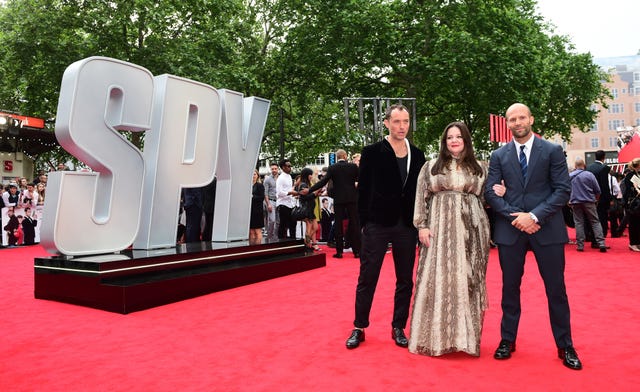 “I’ve done so much drama, not that many people have seen, it was mostly on stage, but I think it somehow makes it more digestible to people to know what box you’re in and I am never a big fan of putting people in boxes.”

McCarthy has scored an Academy Award nomination for her role as biographer-turned forger Lee Israel in Can You Ever Forgive Me? and will compete for the best actress prize alongside Lady Gaga for A Star Is Born, Glenn Close for The Wife, Yalitza Aparicio for Roma and Olivia Colman for The Favourite.

Her co-star Richard E Grant, who is nominated in the supporting actor category, added: “I think it’s inevitable that according to what you look like or what you’ve done first, that has made the impression then it means people see you in one particular way.

“If you then get the chance to do something that is different, it’s such a relief as an actor to have that.”

Discussing the sympathy she felt for Israel, who turned her hand to forging letters purporting to be from the famous people she admired such as Dorothy Parker and Ernest Hemingway when her own books fell out of favour, McCarthy said she admired her resolution to be true to herself.

She added: “She has been told she’s obsolete essentially, she’s an incredible writer, a great writer, and yet still they were saying ‘We are done with you, you won’t play the game and sparkle and shine and all of these other things’, and she was right with saying ‘Why can’t I just write, if the writing is good why can’t I be a writer?’

“They wanted her to act accordingly and play this game, but I love the fact she was exactly who she was, even when it made her own life difficult and did not want and did not need other people’s approval.

“Especially today, that is a very remarkable thing to see.

“There is a strange obsession currently where people really look for other people’s reflection of how they feel about them to tell them their own self-worth and right or wrong.

“How Lee did it you can question a million ways, but in terms of someone being like ‘this is what it is, I don’t care to change for you’, is pretty admirable.”

Can You Ever Forgive Me? is released in UK cinemas on February 1.