The sexual harassment scandal that has rocked Hollywood dominated a Golden Globes ceremony where Britain and Ireland triumphed with wins in major categories.

Nominees and presenters dressed in black to stand in solidarity with victims of sexual violence, as winners spoke out about abuse in support of the Time’s Up campaign for gender equality.

Oprah Winfrey brought the room to its feet as she was given the honorary Cecil B DeMille Award, the first black woman to receive the highest honour at the ceremony.

She told the room she saw a day on the horizon when women never have to say “Me Too” again.

Let @Oprah snatch your entire soul. But after she does, my question remains: Why did it take such calamity and horrific abuse for women to be valued? pic.twitter.com/DRKn0ZkHge

Gary Oldman, Ewan McGregor and Martin McDonagh were the only Brits to triumph at the ceremony, where projects with women at the centre were richly rewarded.

Irish actress Saoirse Ronan beat the likes of Dame Judi Dench and Dame Helen Mirren to win the best actress in a comedy film for Lady Bird, which was named best comedy film. 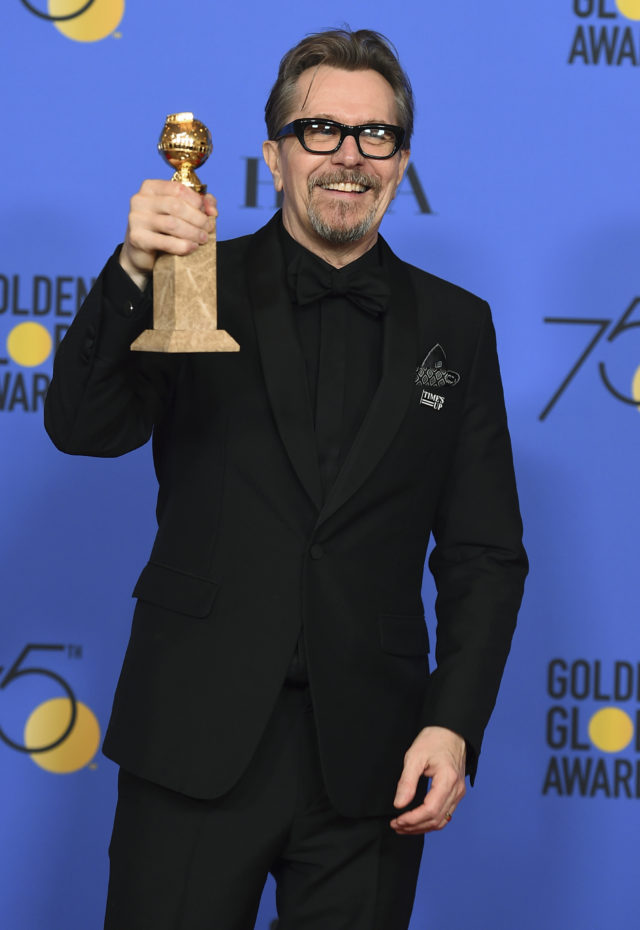 Female-centric shows Big Little Lies and The Handmaid’s Tale dominated the television categories at the ceremony, which was the first major awards show since the sexual harassment scandal, triggered by allegations against producer Harvey Weinstein, gathered pace. 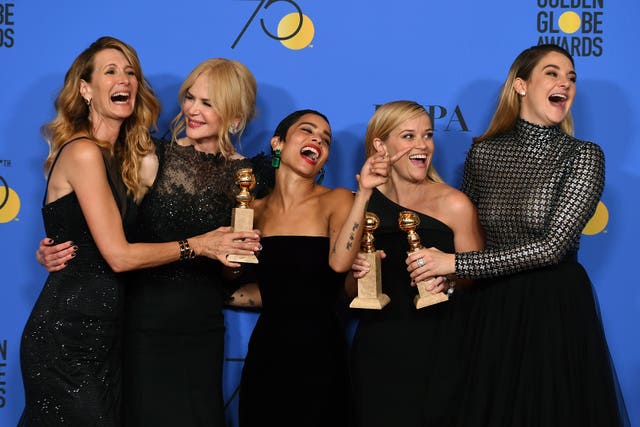 Kidman won the first award of the night for best actress in a limited series for TV, for playing domestic violence victim Celeste Wright.

Dressed in black, she dedicated the award to her daughters and cast members – saying “wow, the power of women” – and her mother, who “was an advocate for the women’s movement when I was growing up”.

She said: “This character that I played represents something that is the centre of our conversation right now – abuse.

“I do believe, and I hope, we can elicit change through the stories we tell and the way we tell them.”

The Handmaid’s Tale was named best drama series, with its star Elisabeth Moss being named best actress in a drama, defeating The Crown’s Claire Foy.

The Marvellous Mrs Maisel won the best comedy series and the star of the Amazon original, Rachel Brosnahan, was named best actress in a comedy. 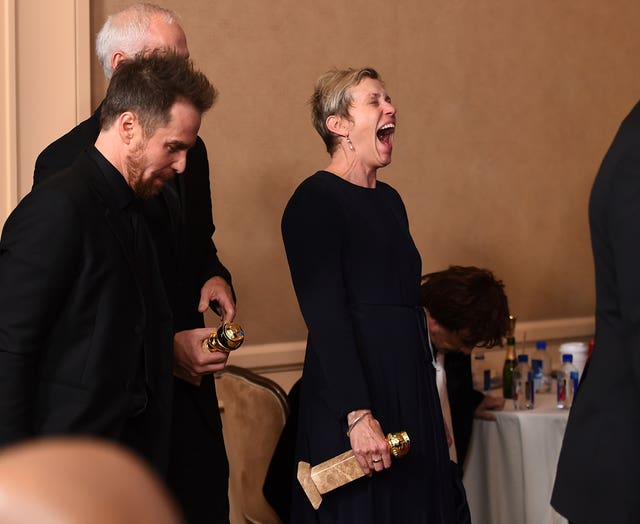 Frances McDormand won the best actress in a drama movie prize for her role as a grieving mother who takes on the local police after they fail to find her daughter’s killer in Three Billboards Outside Ebbing, Missouri.

Accepting the award, McDormand said: “I keep my politics private but it was really great to be in this room tonight and to be part of a tectonic shift in our industry’s power struggle.

Collecting his best actor in a drama prize, Oldman, who, like McGregor, was also dressed in black with a Time’s Up badge, said he was proud of his film because it shows “words and actions can change the world, and boy oh boy does it need some changing”.

He beat contender Timothee Chalamet, who was a critical favourite for his portrayal of a young man in the midst of a sexual awakening in Call Me By Your Name.

James Franco won the best actor in a comedy prize for his turn as eccentric filmmaker Tommy Wiseau in The Disaster Artist, about the making of the cult ‘bad film’ The Room, snatching victory from British hopeful Daniel Kaluuya for Get Out. 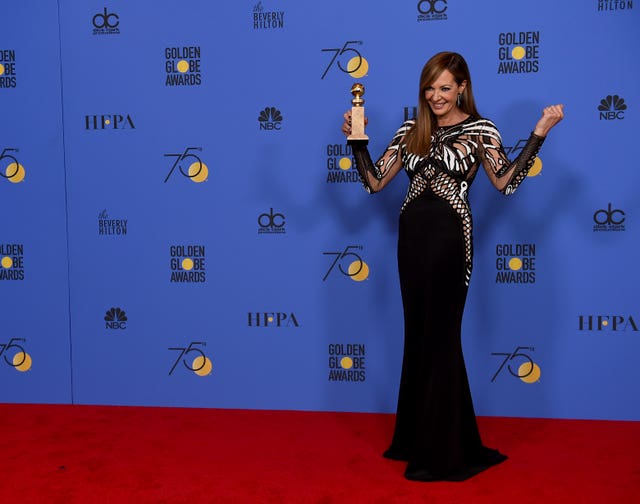 Elsewhere at the ceremony, Allison Janney won the best supporting actress in a movie prize for playing the mother of figure skater Tonya Harding in I, Tonya and Sam Rockwell won the supporting actor prize for Three Billboards Outside Ebbing, Missouri.

Guillermo Del Toro was named best director at the ceremony for his film The Shape Of Water, defeating British hopeful Christopher Nolan for his film Dunkirk.

The category was presented by Natalie Portman, who highlighted the fact no women were included when she said: “Here are the all-male nominees.”