Emma Watson has hit back at critics who claimed her decision to pose topless was hypocritical given her feminist stance.

The Harry Potter actress triggered a backlash when she was photographed for Vanity Fair magazine wearing a jacket with nothing underneath.

Some commentators said Emma, 26, had gone against what she stood for and accused her of being anti-feminist. 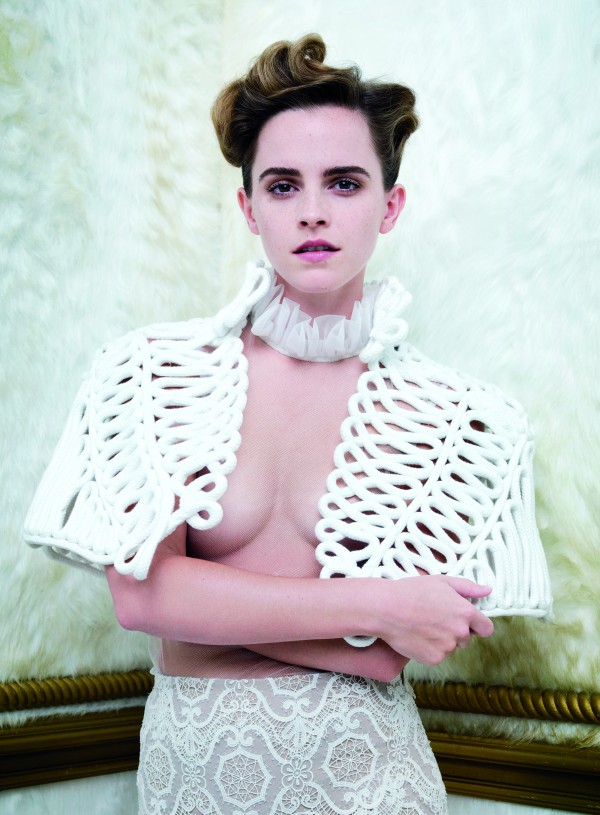 But she told the BBC: “Feminism is about giving women choice, feminism is not a stick with which to beat other women.

Emma went on: “I really don’t know what my tits have to do with it.”

The actress was being interviewed alongside Dan Stevens, her co-star in Beauty And The Beast.

Watch Emma discuss the movie in our Movie News bulletin!

When he asked what she was discussing, the actress explained: “They were saying that I couldn’t be a feminist and… and have boobs.”

She said she always found herself “quietly stunned” at such comments.

The actress was wearing a chunky open-weave bolero jacket with nothing underneath, but the high-fashion picture was cleverly crafted to protect her modesty.

Many fans applauded the shot, but others suggested it undermined her feminist credentials.

Broadcaster Julia Hartley-Brewer was among those to comment, tweeting: “Emma Watson: ‘Feminism, feminism… gender wage gap… why oh why am I not taken seriously… feminism… oh, and here are my tits!’”