Director Nicolas Roeg has been described as a “fearless visionary” by Donald Sutherland, who starred in one of his most famous films, Don’t Look Now.

The acclaimed British filmmaker, who was also known for the films Performance and The Man Who Fell To Earth among many others, died at the age of 90, his family said.

Roeg was praised for his originality and for his bold attitude to filmmaking throughout his long career, which includes one of British cinema’s notorious sex scenes in Don’t Look Now.

The critically-acclaimed 1973 film, based on a Daphne du Maurier short story, sparked controversy with its intimate scene involving Sutherland and his co-star Julie Christie, as many believed it to be real. 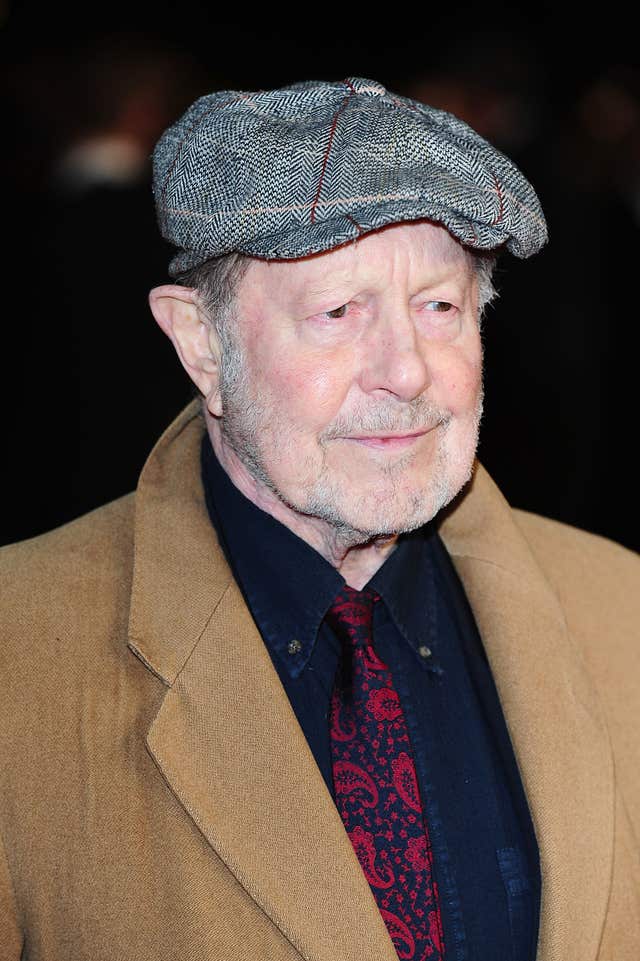 Nicolas Roeg has been hailed for his originality (Ian West/PA)

Roeg later told Radio 4 show Front Row that false rumours that the scene was real were “very flattering” because it meant audiences thought the film was authentic.

Hollywood star Sutherland led the tributes to Roeg, saying in a statement that he was a “liberating joy to work for” and that he “always was, always will be” a fearless visionary.

He added: “I fell in love with him then and will love him forever.”

Filmmaker Duncan Jones, the son of David Bowie – who starred in The Man Who Fell To Earth as an unhappy alien – also paid tribute to Roeg, calling him a “great storyteller” and “inimitable”.

Just heard another great storyteller, the inimitable Nicolas Roeg left us today. What an incredible body of work he’s left us with!All my love to his family.Thank you for making so many brave choices, & giving this strange little lad in pajamas an ongoing love of filmmaking. pic.twitter.com/QVg2znq3Rs

Posting an image of himself as a boy with his singer father as well as the director, he wrote on Twitter: “What an incredible body of work he’s left us with.

“All my love to his family,” the Moon director wrote.

“Thank you for making so many brave choices and giving this strange little lad in pyjamas an ongoing love of filmmaking.”

The BFI (British Film Institute) described Roeg as “a pioneering force of cinema”.

He “created some of the most affecting moments of beauty, terror and sadness ever seen. A true great if ever there was one,” it said in a statement posted on Twitter.

RIP to Nicolas Roeg, a pioneering force of cinema who created some of the most affecting moments of beauty, terror and sadness ever seen. A true great if ever there was one. pic.twitter.com/SRuvHhC0jP

“He was a genuine dad,” he told the Press Association.

“He just had his 90th birthday in August.”

Performance (1970), which Roeg co-directed, starred James Fox as a gangster and Mick Jagger as a reclusive rock star.

The gangster thriller, which was almost not released, is now regarded as one of the most influential films of British cinema despite receiving mixed reviews at the time.

The London-born filmmaker’s last major film was The Witches, in 1990, which starred Anjelica Huston in the adaptation of the Roald Dahl tale.

Shaun Of The Dead director Edgar Wright said Roeg was a “master of the art” of filmmaking.

Farewell to the extraordinary cinematic talent, director Nicolas Roeg. His films hypnotized me for years and still continue to intrigue. Along with classics like Performance & Walkabout, I could watch Don't Look Now on a loop & never tire of its intricacies. A master of the art. pic.twitter.com/fXB7GPwOL9

“His films hypnotised me for years and still continue to intrigue.

“Along with classics like Performance and Walkabout, I could watch Don’t Look Now on a loop and never tire of its intricacies. A master of the art.”

Further treasures of his include The Man Who Fell To Earth, Bad Timing, Insignificance, The Witches, Eureka and more. A filmography that is dazzling and fascinating.

Bad Timing director Roeg, who began work in film as a tea boy, reflected on the change in the way his films have been viewed over the years.

“Some of my films have been attacked with absolute vitriol!,” he previously told The Spectator. “The critics didn’t always get it then — but they do seem to now.”