Colin Firth stunned to be action star at 57

lin Firth has said he continues to be shocked that he is playing an action hero at this stage of his life.

The Bridget Jones’s Diary star, 57, returns to the role of suave spy Harry Hart in Kingsman: The Golden Circle, a sequel to the hugely successful Kingsman: The Secret Service.

Hart comes back from the dead for the second outing, after taking a bullet in the head at the climax of the first film, and the sequel sees him and protege Eggsy, played by Taron Egerton, take on a new villain played by Julianne Moore.

He told the Press Association: “I definitely would not have seen that coming.

“I thought I was condemned to point my suit at people for the rest of my life and the idea that anyone would ask me to exert myself physically, I thought if that was ever going to happen it would have been 30 years ago.”

Earlier this month photographs of Firth from 30 years ago went viral, as fans on Twitter marvelled at shots of him from 1984 film Another Country, based on the life of Cambridge spy Guy Burgess.

“At first, you know, of course we all change a little bit, but then you reach the point when people are saying, ‘can you believe this is the same person?’. So probably I am at that threshold now.”

He is also starting to return to roles he has played before, as the Kingsman sequel comes shortly after the third Bridget Jones film.

He said: “I have gone into the sequel phase of my life now, which has suddenly come upon me. 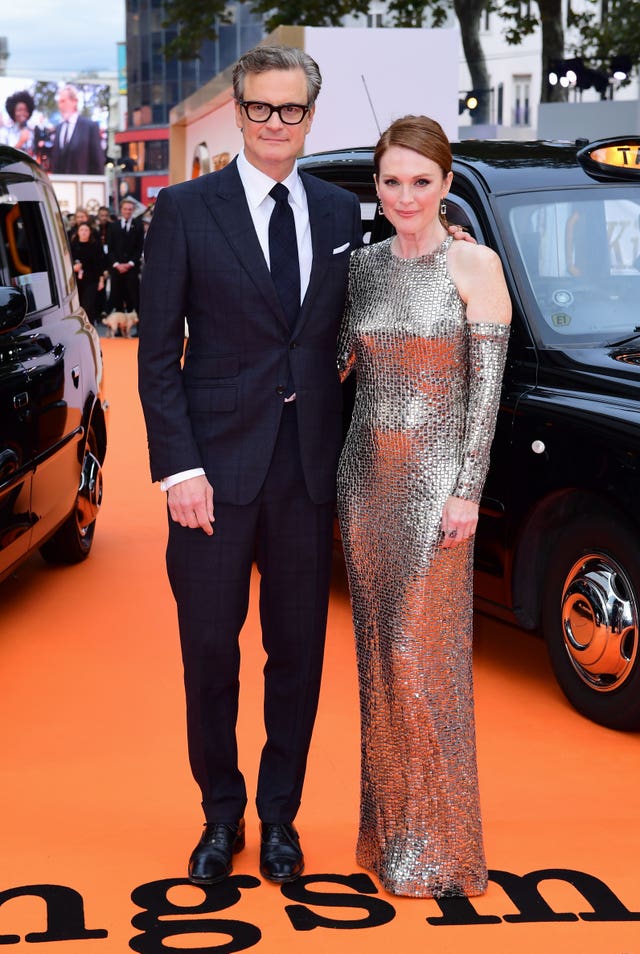 “You suddenly realise that you’re being haunted by your past. I suppose I like to look at it, if we’re doing sequels, somebody must have enjoyed the first one.”

He said it is not something he has sought out, as Mark Darcy in Bridget Jones, which was a deliberate reference to his portrayal of Mr Darcy in the BBC’s adaptation of Pride And Prejudice, was quite enough.

“But this one doesn’t feel quite like that, because they’re so close together and we’ve not lost contact with each other.

“It almost feels like we’re on one long project rather than making sequels. I think this again, talking about a phase of life, this is my sort of Kingsman period.”

Kingsman: The Golden Circle is in UK cinemas now.