Claire Foy said “all I have to offer is myself” as she was honoured for her contribution to women in film.

The British actress was handed the #SeeHer prize at the Critics’ Choice Awards in Santa Monica on Sunday.

Foy, 34, was recognised for her portrayal of “extraordinary women”, with roles including Queen Elizabeth II in Netflix’s royal drama The Crown and as Janet Armstrong in astronaut biopic First Man.

Foy was presented the award by Viola Davis, who received the prize in 2016. 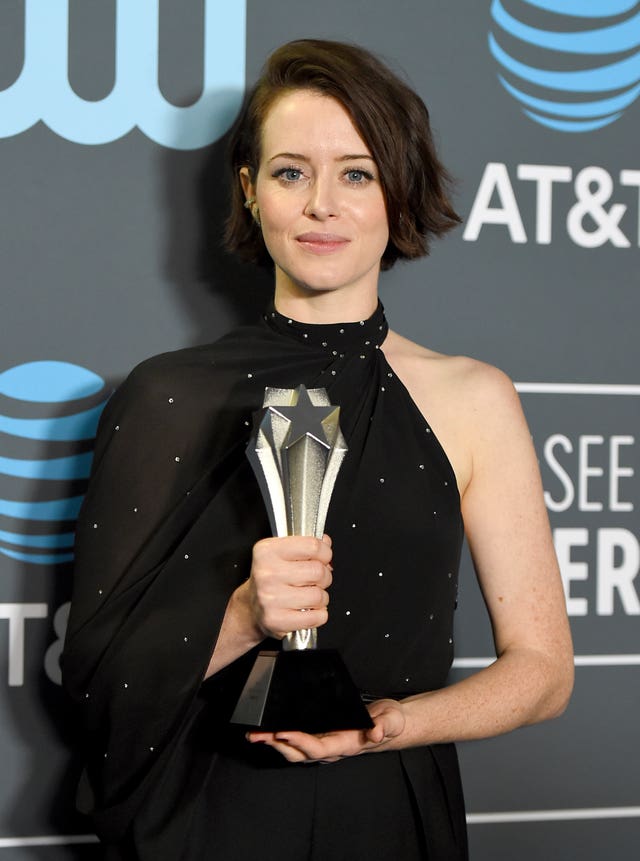 Foy said she watched Davis’ acceptance speech to prepare for her own and that hers would be “completely inadequate” in comparison.

Foy said: “I thank the critics very much for this award and what it represents. I’ve got to say that I’ve struggled quite a lot with the idea of me accepting it. Because I immediately thought I’ve offered nothing. And I have nothing to offer. It was something that Viola said in that clip actually which was the fact that the greatest privilege of your life is to be who you are.

“And I realise that’s all I have to offer, is myself. And all I’ve ever tried to do with anything I’ve ever made and in the work I’ve been in is to hopefully make something which people recognise, that they recognise themselves on screen in some way, that they see a thought or feeling or an emotion or circumstance and they can see themselves.”

The #SeeHer award represents the #SeeHer movement, which aims for the “accurate portrayal” of women and girls in film. 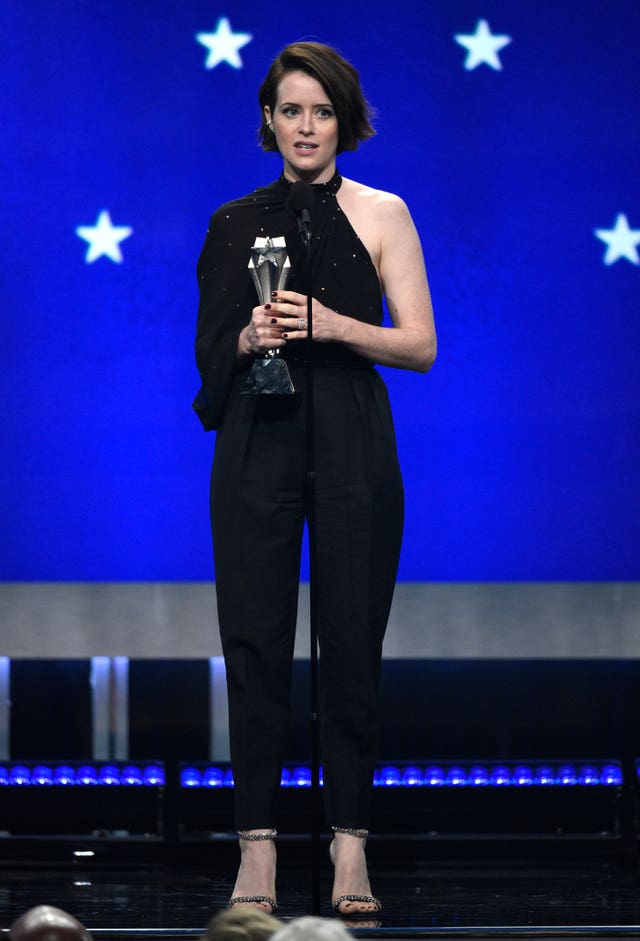 In astronaut biopic First Man, she plays Janet Armstrong, the wife of first man on the moon Neil Armstrong.

Foy said she had the opportunity to play “extraordinary women”, but “none more so than Janet Armstrong”.

She said: “She lived her life with such bravery and resilience and determination and love, and I can’t tell you how many times during the making of the movie and in the press tour the people said to me, well, that part is normally the part of just the wife. And there’s no such thing as ‘Just the wife’.”

Foy added: “I accept this award as an encouragement to myself to be brave enough to face and see myself, and by doing, hopefully, I can understand and see others, and ultimately I can help others to see themselves.”

Foy was also nominated for best supporting actress for First Man, but the award was won by Regina King for her part in If Beale Street Could Talk.